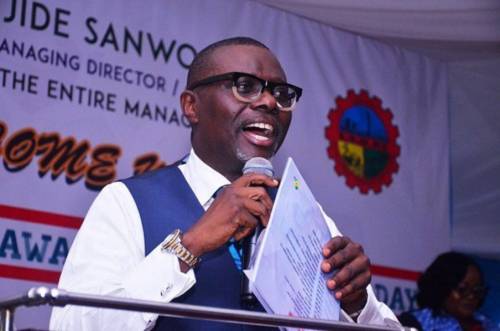 The Akinlowo Olaife family of Shasha Lagos has dragged the state government to the Ikeja High Court for allegedly acquiring its ancestral land without compensation for what it described as a fraudulent housing project.


The co-defendants in the suit are the Attorney General and Commissioner for Justice Lagos State, Ministry of Housing, Lagos State, Chief Executive Officers of the company handling the building project, Toobi Project Limited, Abiodun Rufai and Abiodun Jagunna.
In the suit before Justice O.A Ogala, six members of the family, Chief Tajudeen Odubiyi, Karamot Ahmed, Abibat Ahmed, Kudirat Ahmed, Sule Ahmed and Kazeem Bankole claimed that about  4.882 hectares of land in dispute located at Bameke Shasha in Alimosho Local Government, formed part of a vast track of land belonging to their ancestors.
They Olaife family claims that the land which is covered by a survey plan No. LAT/437/L77 was initially encroached on by one Alhaji Salami Tijani through a fake memorandum of land sale purportedly issued by their late father and three other members of the family in 1976.
They noted that despite the fact that the said memorandum of land sale and other documents purportedly used to purchase the land had been ascertained to be fake, the said Tijani continued to trespass on the land and even sold portions of the property to unsuspecting third parties.
The Nation reports that the family further averred that when some members of staff of Ministry of Housing, Lagos State discovered that the disputed land was vacant, they allegedly used the apparatus of government for their private interest to encroach on it citing global acquisition of 1976.
The family claimed that the land was subsequently given to private developers, Arc Jagunna Abiodun and Arc. Abiodun Rufai operators of a non-existent company parading as TOOBI Projects Limited for the construction of a building project under 70-30 sharing agreement.
The family members are amongst other prayers, asking for N1billion as damages for trespass, an order of possession of the land including, all of the 18 block of flats constructed on the land and perpetual restraining injunction against all the defendants.
The Lagos State government through its attorney-general and commissioner of justice and ministry of housing has however filed a joint defence to the suit claiming that the disputed land was acquired through a Global Acquisition dated July 1976.
The state government curiously noted in its defence that as at when the disputed land was acquired, the customary land owners, the Akinlowo Olaife family could not be found and that the notice of acquisition was pasted on a conspicuous object on the land.
They further claimed that the disputed land was subsequently allocated to the Ministry of Housing in 2009 for the development of a 108 housing unit under a public private partnership.
Arc. Abiodun Rufai  and Arc. Abiodun Jagunna in their joint defence dismissed the allegation that their company TOOBI Projects Limited was not registered with the CAC, describing it as gold digging on the part of the claimants.
But in their reply to statement of defence, the Akinlowo Olaife refuted the state government’s claim stating that the Global Acquisition referred to by the state covered the entire land west of Muritala Mohammed Airport and not particularly the disputed land.
They claimed that the erstwhile government of Col.Olagunsoye Oyinlola released their land to them in recognition of the plight of original owner of land, West of Muritala Mohammed International Airport, Lagos and no compensation was paid to them for the alleged acquisition.
The family alleged that TOOBI PROJECTS Limited is an illegal company insisting that a search conducted for name registration indicated that the company was available for registration.
The matter has been fixed for July 8 for hearing.
News