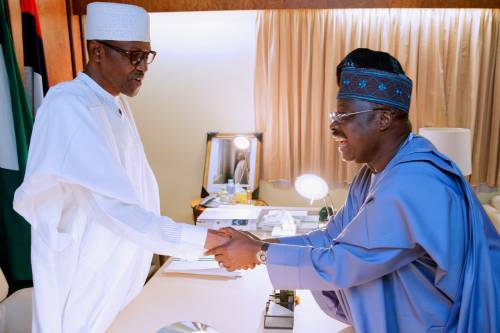 A former governor of Oyo State, Abiola Ajimobi, says he prefers to be a senator in Nigeria to being a minister.


His reasons are not farfetched.
Fielding questions from journalists in Ibadan, the ex-governor infamous for his ‘constituted authority’ statement explained why he would want to be a federal lawmaker in the senate and not a minister under President Muhammadu Buhari.
“I hold President Muhammadu Buhari in high esteem. I will actually prefer a younger person to be considered for the ministerial slot since I am pursuing my senatorial ambition,” he stated.
He added, “I am in court for my senatorial election. I only expressed my preference that I am in court because I prefer the Senate.
“How can I be pursuing the Senate and ministerial appointment at the same time? I prefer the Senate.”
Ajimobi, however, pointed out that President Buhari had not offered him any ministerial appointment, noting that it was a reason he was committed to the petition the All Progressives Congress filed against Senator Kola Balogun at the tribunal.
Balogun, who contested on the platform of the Peoples Democratic Party (PDP), was declared the winner of the Oyo South senatorial district election by the Independent National Electoral Commission (INEC).
Politics