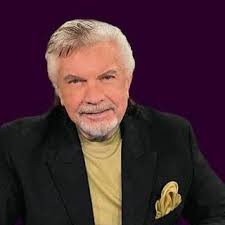 American news and opinion website, Daily Beast, has slammed popular televangelist, Mike Murdock, for donating $1m and Rolls-Royce to the Senior Pastor of the Commonwealth of Zion Assembly (COZA) Biodun Fatoyinbo and for supporting the COZA pastor on the rape accusations level against him.


"Pastor Biodun …is one of the most integrity leaders I have known,” Murdock tweeted in his defence. “Attack…is a proof of divine favour.”
Fatoyinbo has been enmeshed in a rape scandal that has caused national outrage in the past few days.
“Mike Murdock, that ‘seed-money’-obsessed prosperity gospel preacher, recently endorsed Trump. His other recent activity includes shelling out for a preacher accused of sketchy pursuits,” the publication wrote in a 2017 article.
The article was titled, “This Shady Trump-Supporting Preacher Gave a Sex-Scandal-Plagued Nigerian Pastor $1 Million and a Rolls-Royce.”
The report read, “Far more recently, Murdock found the cash to give his friend Biodun Fatoyinbo, a Nigerian pastor, $1 million and a Rolls-Royce during a January 2014 visit to his COZA church in Abuja.
“The gift of a Rolls-Royce threw the church into shouts of celebration and moved the pastor and his wife to tears.
“Fatoyinbo has been accused of infidelity for years, before the pricey gift from Murdock. A Nigerian X Factor contestant publicly accused Fatoyinbo of engaging in extramarital sex with her in 2013, while another woman accused Fatoyinbo of taking her to his hotel room and then trying to bribe her to delete the evidence. The first woman, Ese Walter, claimed the pastor had singled her out for a leadership role in the church and then propositioned her while on a trip to London, where she was enrolled in graduate school.
“There, Fatoyinbo allegedly asked her to the roof of his hotel. “While there, he sat on a reclining chair and asked me to come to sit on his laps,” she wrote on a Nigerian website. “He said he had told me to feel free with him and loosen up. I found myself strolling to sit on his laps.”
They had sex that night, she said, and it went on for a week. Though she wasn’t sexually assaulted, Walter said she “felt trapped in this affair.”
“Now read my lips, I know there are people here that are not part of our church, read my lips, we are going to speak but we are consulting to come out with a robust reply,” Fatoyinbo said in response. “One thing you can be sure of is that my wife and I love you.”
“Murdock, who has been trailed by allegations of extramarital sex himself—a book by his son’s supposed childhood friend said the pastor had mistresses and a huge porn stash—defended his friend.
“Murdock and Fatoyinbo are far from the only religious figures to encourage so-called seed faith. Mega-rich California mega-church pastor Rick Warren, who gave the invocation at President Obama’s first inauguration, also advocates it on his website and sermons.
“It may not make sense to you to give away something that you need more of, but that is exactly the kind of attitude that God wants to bless and that will produce fruit in your life,” Warren writes. “When you have a need, don’t gripe about it, don’t wish about it, and you don’t even have to pray about it—just plant a seed!”
“And true believers are seemingly undeterred, despite the proliferation of websites dedicated to debunking seed-giving as practised by televangelists. (Murdock was also one of several lampooned by comedian John Oliver this summer.)
One website explains the biblical root for Murdock’s theology to highlight its perversion. “Now right here anybody with even a minimal level of reading comprehension should be able to see that this parable has nothing to do with money,” it reads. “The seed is the Word of God. Even a brand new baby Christian should be able to look at this and say, ‘I don’t think these fellows are teaching this correctly.’”
And there are plenty of sites that aim to take down Murdock himself.
One introduces him as “the Fleecer.” “He presents himself as a man of letters,” it reads. “But he is ‘Dr. Mike Murdock,’ seminary dropout, and the letters we found are F-R-A-U-D.”
News