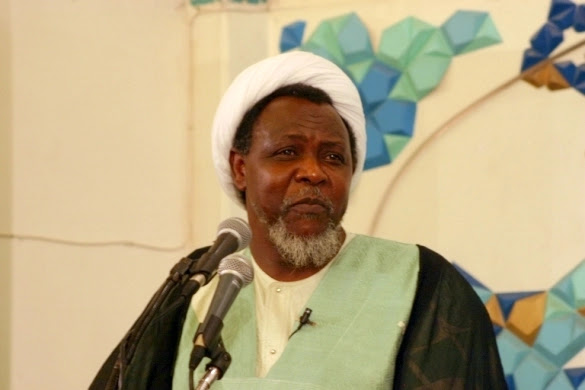 The Federal Government has obtained a court order to proscribe the Islamic Movement of Nigeria (IMN) – Shiites, PUNCH is reporting.


The order was given by Justice Nkeonye Maha of the Federal High Court in Abuja on Friday.
Maha made “a declaration that the activities of the respondent (Islamic Movement in Nigeria) in any part of Nigeria amounts to acts of terrorism and illegality.”
The order also restrained “any person or group of persons from participating in any manner whatsoever in any form of activities involving or concerning the prosecution of the collective intention or otherwise of the respondent (Islamic Movement in Nigeria) under any other name or platform howsoever called or described in any part of Nigeria.”
The order was given after the Federal Government filed an ex parte application on July 25th, days after a protest between the Shiites and police led to the death of a Deputy Commissioner of Police, Usman Umar and an NYSC member serving with Channels Television, Precious Owolabi, among others.
The Shiites are protesting the detention of their leader Sheikh Ibrahim El-Zakzaky and his wife Zeenat who have been in custody since 2015, following a clash between them and soldiers in the convoy of the Chief of Army Staff, Lt.-Gen. Tukur Buratai, in Zaria, Kaduna State.
In its application, the Federal Government accused the Shiites of being a violent group whose activities have led to the deaths of several civilians and security officers, dating the alleged violent activities back to 1991.
The Shiites, through their spokesperson Ibrahim Musa, have said they won’t abandon their religion.
Musa told Punch, “Firstly, we are not an organisation or association or a political party that can be proscribed by fiat.
“We are Muslims practising Islam as revealed to Prophet Muhammed under the leadership of his family. Ours is a mass movement, hence we can’t abandon our religion just like that.
“We don’t bear arms, we don’t force others to join us, we are just demanding justice within the ambit of the law, therefore, proscribing us won’t work.
“We can’t say this is what we will do if we are proscribed, because it just won’t work. We are in each and every facet of life like other citizens.”
News