Rihanna Is Wealthiest and first self made Female Musician In The World, according to Forbes 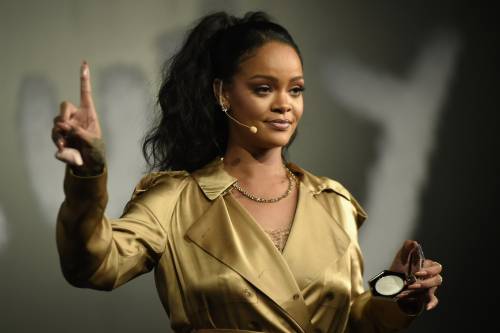 Barbadian-born singer, Rihanna Fenty, better known as Rihanna, has been named the richest female musician in the world.


The singer who moved to the US in 2005 is reportedly said to be richer than pop icons like Madonna, Céline Dion and Beyoncé.
In a report by Forbes, “How Rihanna Created A $600 Million Fortune— And Become The World’s Richest Female Musician”,  the 31-year-old worths a whopping $600 million beating Madonna ($570 million), Céline Dion ($450 million) and Beyoncé ($400 million).
Although her music is a source of wealth for her, however, recent business venture into fashion and her partnership with French luxury brand, LVMH is said to be the oil well bringing all the cash according to Forbes.
It will be recalled that Rihanna launched her Fashion label named after her surname “Fenty” and which lead to a dispute between her and her father. She claimed that her father was using her name to do business behind her back.
Entertainment