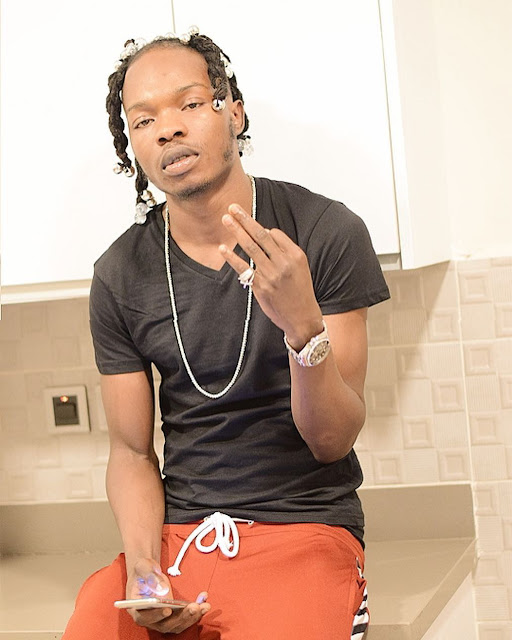 Naira Marley is once again trending on social media for his newly Afrobeats released song ‘Soapy’. The controversial musician, who was recently released from the EFCC custody has received a lot of backlash from Nigerians for singing a song deemed to be ‘inappropriate and IQ receding’.


The video features Naira Marley introducing a new dance step. The singer has claimed that ‘Soapy’ tells the story of his time behind bars and how he survived in jail, but Nigerians, who are not having it insisted that his songs have always glorified crimes and sexual indecency.
However, some others have supported him.
Read their reactions below:

Like Medical practitioners, Musicians too should undergo some brain/talent assessment exercise and if found qualified, should be granted licence to sing. “Jó soapy… I want to jó soapy”. Wtf is that Naira Marley?. IQ receding song. Tueh!! pic.twitter.com/4fAQO5CmAx
— Spencer D. James (@dammyspencer) June 28, 2019

I’m not surprised about Naira Marley’s new song or dance- which really looks like the display of a moronic earthworm when salt is poured on it.
The chap has been very consistent in proving he has nothing upstairs whatsoever. Surprised?
I’m disappointed that you are surprised.
— OurFavOnlineDoctor 💘 🥳 (@DrOlufunmilayo) June 28, 2019

This is what happens when upcoming stay in prison small and want too sing about his experience * Naira Marley #NairaMarley pic.twitter.com/dvGkB9b2Ae
— Ilenikhena ehinomen (@Ilenikhenaehin1) June 28, 2019

You people are ungrateful… When Naira Marley no drop song you dey complain… The guy con drop now and you still dey complain
Y’all should enjoy your Soapy like that… Man no fit kill himself pic.twitter.com/PBTklEJt3W
— Olanrewaju♠️ (@tobiloba_II) June 28, 2019

This Naira Marley new dance no go hard some people to learn. They started rehearsing for it when they were teenagers.😂😂 pic.twitter.com/WEnY5UvUIx
— D’Radio VybKyng. ❁ (@TurakinArewa) June 28, 2019
https://twitter.com/chemicalbrodar/status/1144521216746827778