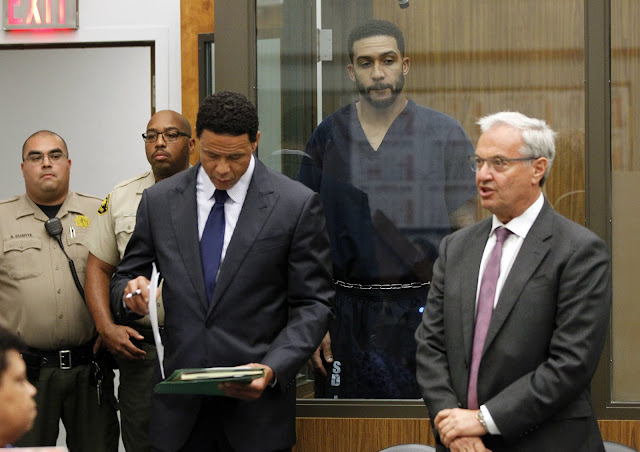 Former NFL star,  Kellen Winslow Jr. was convicted on Monday of raping a 58-year-old homeless woman in the north of San Diego last year, an attack that could see him spend the rest of his life in prison.


The 35-year-old was also convicted of two misdemeanor charges involving two other women.
A San Diego County jury reached verdicts on four of the 12 counts Winslow is facing. Five women had testified against him at the trial. Three accused him of rape, and the jury said on Monday it was still deliberating felony charges related to two of the women. It found him not guilty of a misdemeanor charge of committing a lewd act.
According to the Washington Post, the misdemeanor convictions include one for lewd conduct, involving a 77-year-old woman at a gym in Carlsbad, Calif., and one for indecent exposure, involving a 57-year-old woman in Encinitas, Calif.
Most of the charges, including the alleged rape of a woman in her 50s stem from alleged acts he committed between March 2018 and February of this year. After he was arrested last year, after a woman accused him of raping her while she was unconscious at a San Diego-area party in 2003. She was 17 at the time, and he was 19.
The woman Winslow was convicted of raping testified that they were familiar with each other from his encounters with her in Encinitas, where she lived as a homeless person. She said he had helped her with food and cash before he picked her up in his Hummer on Mother’s Day last year, telling her he was taking her to have coffee, Washington Post reported.

“I thought we were going to stop at Denny’s, and he just kept going and going and going and going,” said the woman, identified in court as Jane Doe 2.
After driving her to a secluded place, the woman said: “He held me, grabbed my arm … and said, ‘We’re going to have sex.' It was painful. I just kept my eyes closed. I was afraid of him. … He was a super big guy. … I just knew there was no way out.”
“He told me if I scream, he’ll choke me to death or murder me — I don’t know what it was,” she said. “I thought I was on my last night.”

Winslow Jr., who was a first-round NFL draft pick and is the son of Hall of Famer Kellen Winslow, could be sentenced to three to eight years in jail for his rape conviction, or even face up to life in prison if convicted of all counts. 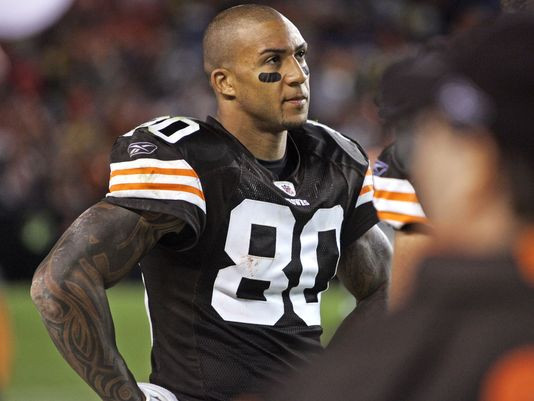