COZA: Twitter went on fire as lashes were made to Against Pastor Biodun Fatoyinbo and Busayo Dakolo 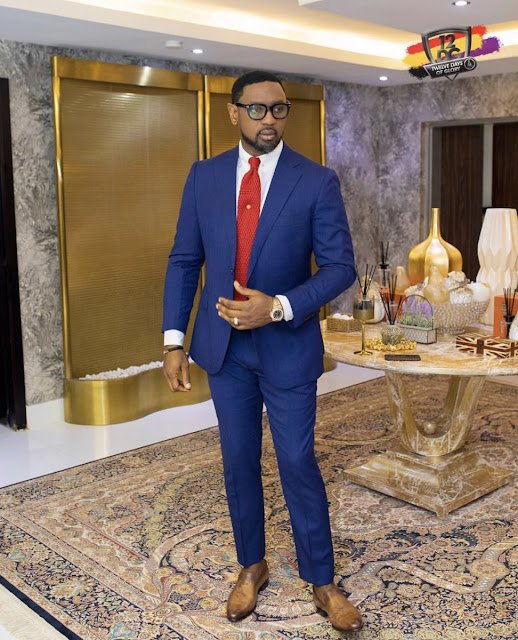 A lot has been said of Pastor Biodun Fatoyinbo of the Commonwealth of Zion Assembly (COZA). It was in 2013 we first heard from Ese Walter, who shared how the pastor exploited her sexually.


After the allegation, the church released a statement, promising a robust reply. It’s six years later, and we still wait.
Singer Timi Dakolo, at the end of May 2019 (and 2018, too) dropped a cryptic post on his Instagram, referencing a pastor who has been using his position to sexually abuse women. Although the pastor was unnamed, the (2019) post made it a little clear that pastor was Pastor Biodun.
Now Busola Dakolo, photographer and Timi Dakolo’s wife, sat with Chude Jideonwo to share how the pastor allegedly raped her before she was even in the university, and the church was still in Ilorin.
She was 17, in the choir. He was the senior pastor. He was a father figure to her. And, one morning, he allegedly arrived at her home to rape her. And that was only the first time.
“You should be happy I’m the one that did this to you,” the pastor allegedly said. “You should be happy a man of God disvirgined you.”
It’s wild.
The church is yet to release a statement, but here’s what people on social media are saying:

The right thing is for Nigerian clergy to speak very clearly and forcefully on this issue.
They might not have the power to force Biodun out of office but they must use every tool in their toolbox to support justice.
— ST. (@seyitaylor) June 28, 2019

Glad Busola Dakolo has spoken out about what Pastor Biodun Fatoyinbo did to her. The stories about this man in Abuja are truly heart breaking.
— Alawode Abisola (@Abisolathegreat) June 28, 2019

The most traumatic reality I am having to deal with is that NOTHING, ABSOLUTELY NOTHING will happen to Biodun Fatoyinbo.
This isn’t the 1st nor will it be the last!
From Ilorin to Lagos, to Abuja, Dubai, UK, this man has left behind a litany of abused women.
💔💔💔
— Emmanuel Nwachukwu (@emma_dele) June 28, 2019

Gather 20 Unilorin Ladies who were active COZA members, you’ll be shocked how many has been raped or assaulted by Biodun Fatoyinbo at one time or the other.
That Beast needs to be caged!
— TheBeautyExpert (@asherstuta) June 28, 2019

Just came online to see that Busola Dakolo, wife of popular musician, Timi Dakolo is alleging that pastor Biodun Fatoyinbo of COZA raped her.
I condemn this act & you should too.No woman should have to go through such abominable violence.Take a stand.#EndRape https://t.co/NGSHcyMOwl
— 𝐩𝐢𝐜𝐭𝐚𝐥𝐞𝐫 (@pictaler) June 28, 2019

Is this your so called man of God ???Man of God my foot 🤮🤮🤮..Biodun Fatoyinbo is a rapist and a disgrace to the true Men of God.Busola dakolo sharing her truth .#rapist #rape pic.twitter.com/W6uGXZ4QXc
— Khaleesi D’Africana👸🏼🧝🏽‍♀️ (@munaxara) June 28, 2019

Biodun Fatoyinbo of Coza is a predator that must be stopped! It is time for a proper investigation into the #sexualviolence and #Rape that permeates @cozaglobalPastor or not, it is time for the law to intervene.Busola Dakolo, i see you and I believe you.
— Lizzo’s baby (@Laraoriye) June 28, 2019

If Pastor Biodun of COZA really raped Timi Dakolo’s wife then put that Nigga in Jail. God says we shouldn’t touch his anointed & not rapists. The testimonies against Him are toomuch for there not to be truth in all these.
— King N●-N● 🌟 (@Zaddy_nomso) June 28, 2019

The effect of rape takes years to be broken. You think you’re healed but you realize the pain was just building up deep down of you.I commend Busola Dakolo for owning her story and paving way for others to breathe out. Biodun Fatoyinbo needs to face the law
— Karimot Odebode (@Lady_karimah) June 28, 2019