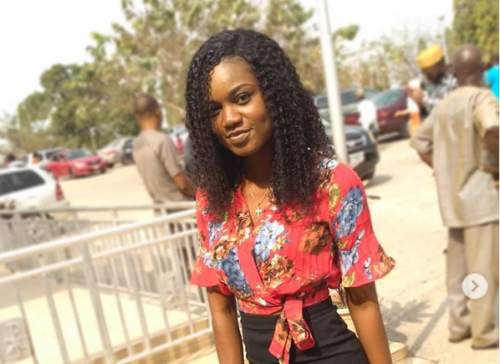 A 400-level student of the Management and Accounting Department, Obafemi Awolowo University, Ile-Ife, Osun State, Chiwendu Ebenezer, has been crushed to death by a commercial bus.


PUNCH Metro gathered that Chiwendu was on her way to buy shawarma on Monday when the bus, which was said to have suffered brake failure, rammed into the motorcycle conveying her.
While the motorcyclist was said to have escaped, Chiwendu was not that lucky as the bus reportedly ran over her and left her with life-threatening injuries.
It was learnt that passersby, who witnessed the accident, rushed her to the university’s health centre, from where she was referred to the Obafemi Awolowo University Teaching Hospital, where she reportedly died.
A source, who identified himself simply as Jude, said the eyewitnesses were initially scared of assisting her when the tragedy struck.
He said, “From what I gathered, she boarded a motorcycle to go and buy shawarma and got to Mayfair when the bus suffered brake failure and rammed into the motorcycle. The motorcyclist escaped but she couldn’t.
“People were scared of approaching her. They were just praying and looking for water. It was later that some of them summoned the courage to take her to the school’s health centre. When they got there, she was immediately referred to the OAUTH. The nurses, who attended to her, were crying, and she eventually died.
A close friend of the deceased, who did not want his name in print, said Chiwendu died as a result of internal injuries, adding that the medical team said a post-mortem examination would be conducted on her corpse to determine the actual cause of death.
The friend said, “I was informed by one of our friends that she had an accident and was rushed to the OAUTH, but when I got there around 7pm, she was already dead. I visited the mortuary and observed that she had bruises on her hands, legs and face.
“From my discussion with the medical team, I was told that she had lost much blood and that the accident caused her to have a fractured rib, which pierced her heart.”
The Public Relations Officer, OAU, Abiodun Olanrewaju, while commiserating with the bereaved family, said some good Samaritans, accompanied by the Chief Security Officer of the institution, rushed Chiwendu to the OAUTH, adding that she died while doctors were battling to save her life.
Olanrewaju said, “What really happened was that our student was on a motorcycle and an interstate bus, which suffered brake failure, hit the motorcycle from behind and ran over the lady.
“Some good Samaritans, led by the university’s CSO, assisted in rushing the lady to the health centre of the university, where she was given first aid. From there, she was referred to the emergency unit of the OAUTH and she died 20 minutes later while the doctors were battling to save her life.
“On behalf of the university, I sympathise with the parents or guardians of the student. It is not easy losing a toddler not to talk of a final-year student to an interstate bus that developed a mechanical fault. We pray that the Lord will grant the course mates, the department, the parents and guardians the fortitude to bear this irreparable loss.”
Edu