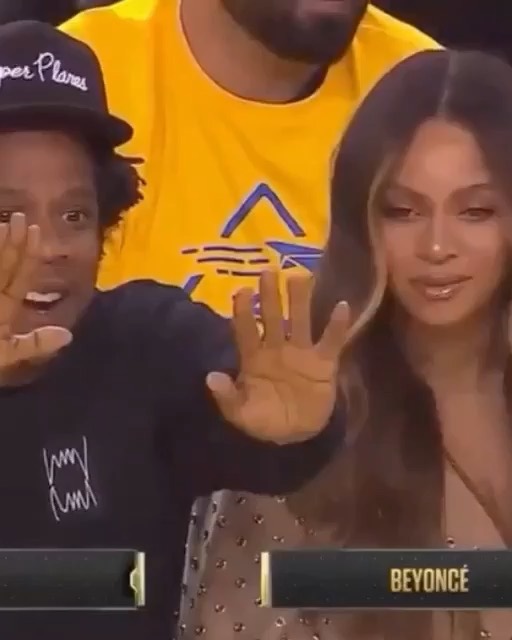 There’s a video going around on social media from Beyonce and Jay-Z‘s date night last night at the 2019 NBA Finals between the Golden State Warriors and the Toronto Raptors at ORACLE Arena in Oakland, California.


In the video, first published by ESPN, a woman can be seen leaning over Beyonce to have a quick chat with Jay-Z.
The woman has been identified as Nicole Curran — the wife of Golden State Warriors owner Joe Lacob.
Watch the video below.

ESPN ✔@espn
Jay-Z and Beyoncé are courtside for Game 3

9,517 people are talking about this
Twitter Ads info and privacy
According to fans, Beyonce nudged the woman towards the end of the video. Beyonce’s fans saw the video and concluded that Beyonce did not like that the woman was leaning over her during the game.