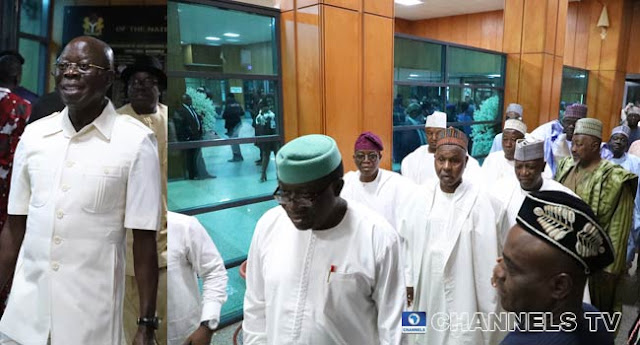 
The governors were led by the Chairman of the Nigerian Governors Forum (NGF), Kayode Fayemi.
He was accompanied by his predecessor and the immediate past governor of Zamfara State, Abdul Aziz Yari.
Also present were the governors of Lagos State, Katsina State, Kano State, Plateau State, Kebbi State, Osun State, Nasarawa State, and other APC governors.
Chairman of the APC, Adams Oshiomhole was also present at the National Assembly complex observe the inauguration.
See photos below…
Politics