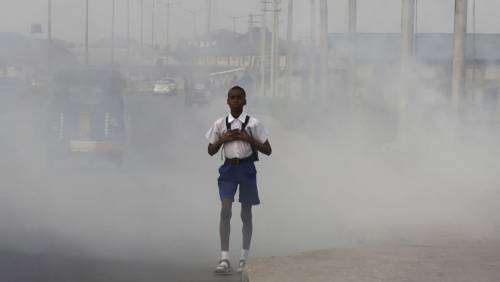 
“This is lowering life expectancy and damaging economies across the planet,” he said.
“To improve air quality, we must know our enemy. Deaths and illnesses from air pollution are caused by tiny particles that penetrate our defences every time we fill our lungs. These particles come from many sources: the burning of fossil fuels for power and transport; the chemicals and mining industries; the open burning of waste; the burning of forests and fields; and the use of dirty indoor cooking and heating fuels, which are major problems in the developing world.”
Guterres noted that over 7 million people die each year from polluted air while others suffer from long term health problems, such as asthma.
“According to the World Bank, air pollution costs societies more than $5 trillion every year,” he added.
“Today, we face an equally urgent crisis. It is time to act decisively. My message to governments is clear: tax pollution; end fossil fuel subsidies; and stop building new coal plants. We need a green economy not a grey economy.
“On World Environment Day, I ask each of us to act so we can breathe more easily. From pressuring politicians and businesses to changing our own habits, we can reduce pollution and beat climate change.”
Health