Children in Ijora-Badia, an underserved high-density settlement in Lagos joined their counterparts from around the world to campaign against the scourge of modern slavery.
They sent a strong message on the need to curtail modern slavery by unveiling watercolor portraits of 196 World Leaders which creates the logo of Cable News Network (CNN) when grouped together in an exhibition.

The global campaign against modern slavery spread across six continents and 100 countries themed #MyFreedomDay is part of the CNN Freedom Project aimedharnessing the determination of young people around the world to put an end to slavery once and for all.
Powered by Sterling Bank Plc, the Lagos campaign in the heart of Ijora-Badia was put together to draw the attention of everyday people, government agencies, non-state actors and well-meaning organization to need to protect the rights of every child. This is the only way to put an end to the new trend of slavery devouring the dignity of children.
Speaking at the unveiling event, Director, Slum Art Foundation and four-time Guinness World Record holder, Adetunwase Adenle expressed delight in the ability of hitherto unexposed children to create a unique work of Art which showcases their creativity and zeal to be productive members of their community.
He stated that “the project is one driven by a global scourge which has become prevalent in present-day societies where children are being saddled with the responsibility of supporting their homes from a young age rather than living their lives and experiencing the joys of childhood with their peers”.
Adetunwase used the medium to appeal to parents and foster parents in underserviced communities and shanties to brace up and act more responsibly in protecting the rights of their children and liberate them from the heavy hands of compulsion, verbal threats, coercion and other actions or inactions that could rob their children of their childhood unlike their counterparts around the world.
Concluding, Adenle appreciated the support received from Sterling Bank, Flour Mills and Project Volunteers which made the project a reality thereby ensuring the children of Ijora Badia had an exciting experience. He pledged his commitment towards promoting the rights of young people in slums by equipping them with creative skills and education in order to make them more productive thereby giving them a platform to be better and have promising future.
Video Player
00:00
00:10
Speaking at the event, Adeola Adejokun, Head, Public Relations, Sterling Bank, said the Bank is proud to be associated with the bid to enrich the lives of children in underserviced communities such as Ijora-Badia through purposeful creativity and exposure to art.
“We are excited by what the children have been able to achieve in just two weeks, and these include drawing, painting, self-expression, and creative problem-solving skills. The lives of many among the 196 participants will not remain the same. More invaluable was the opportunity to take the campaign against child labor, forced marriage, and domestic servitude, which are all forms of modern slavery, to a community where a large number of vulnerable of children live. We are certain that awareness against modern-day slavery has been heightened in Ijora-Badia”, Adejokun disclosed.
Video Player
00:00
00:60
Speaking on the event, Corporate Communications Manager, Flour Mills of Nigeria Plc, Samuel Iboroma also added, “We are truly excited to be part of the CNN My Freedom Day Project. While this is a very small step towards raising awareness for the realities surrounding human trafficking, child labor and how it affects children, we believe that it is a step in the right direction. Children like the ones that are taking part in the painting and art exercises today deserve the opportunity to grow to their full potentials
For more information and to support slum Art Foundation, please visit: www.slumart.org 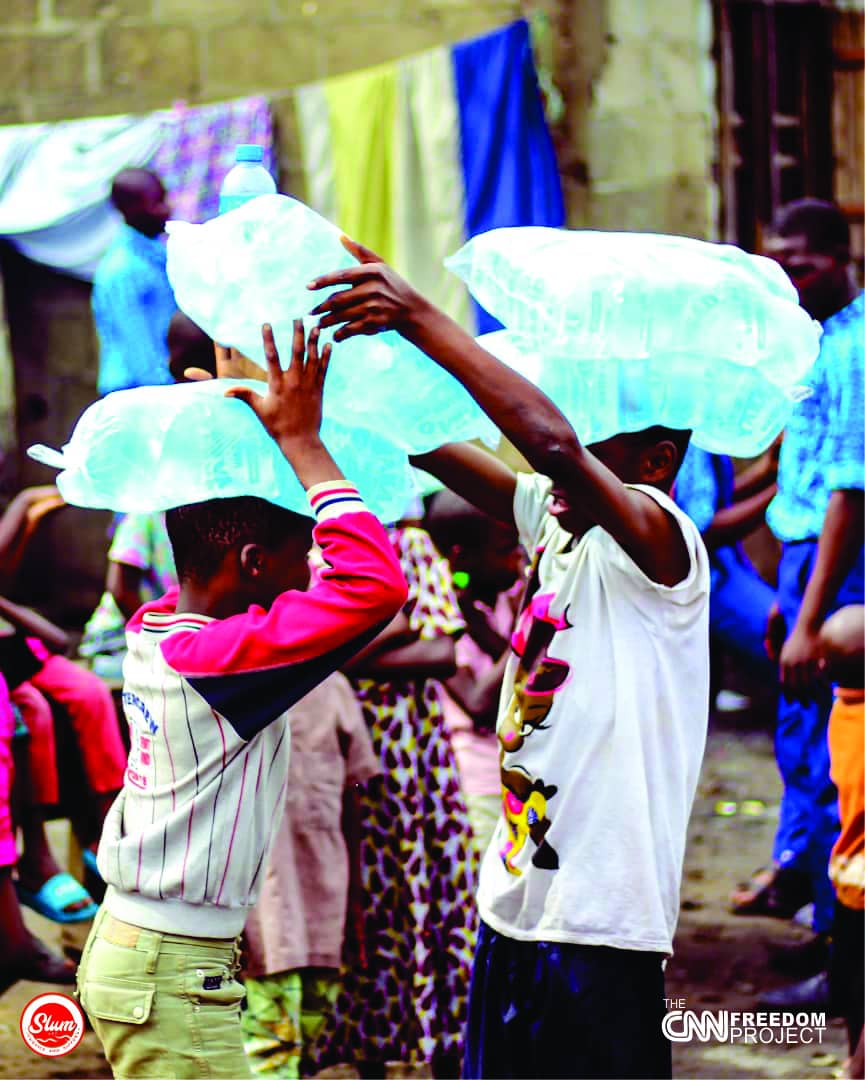 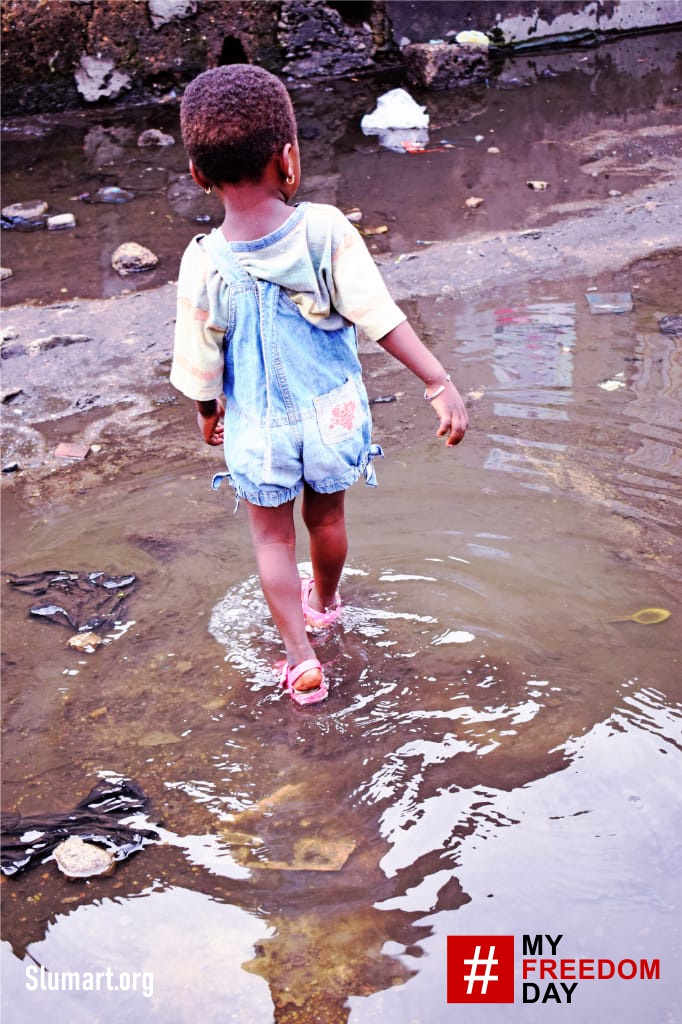 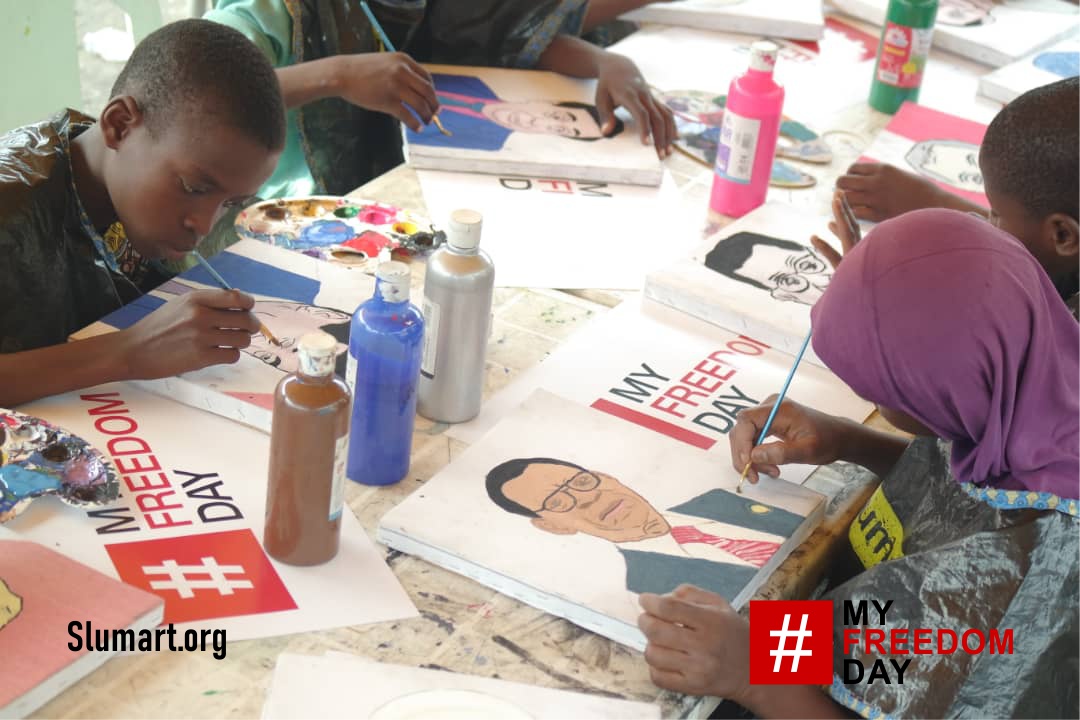 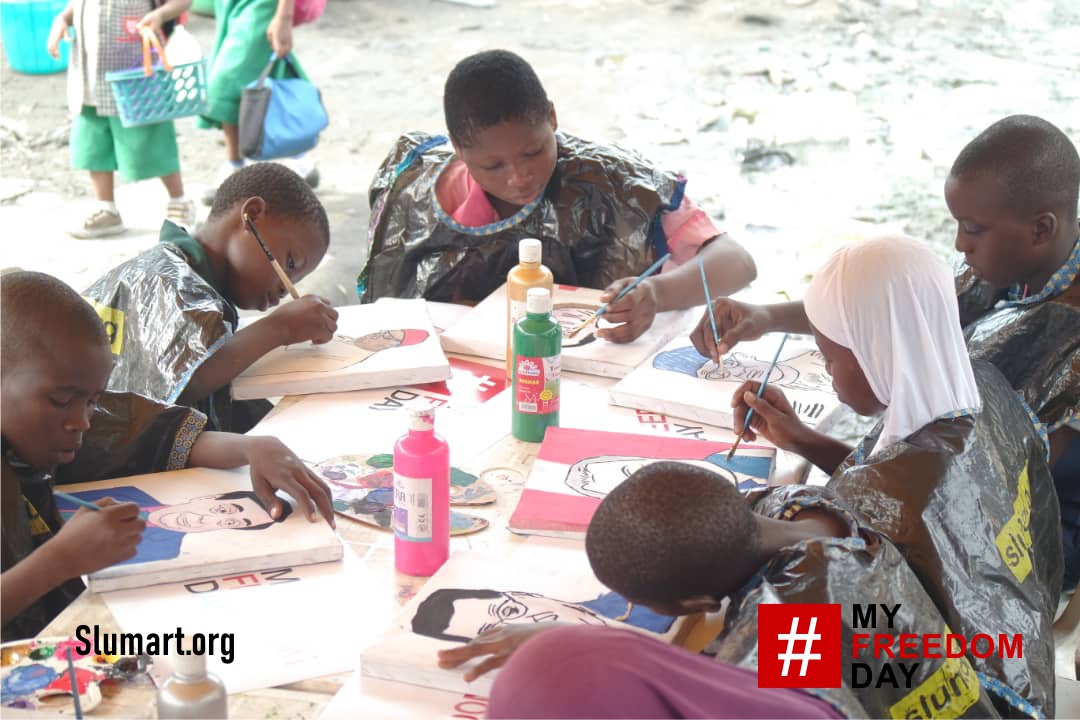 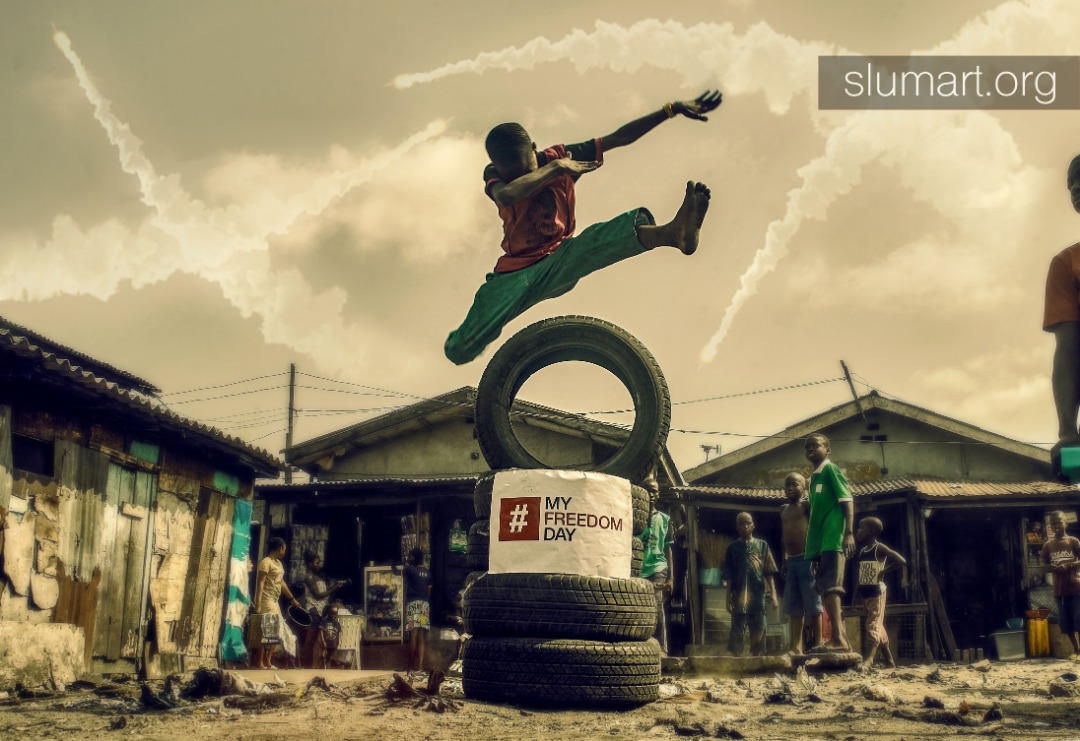 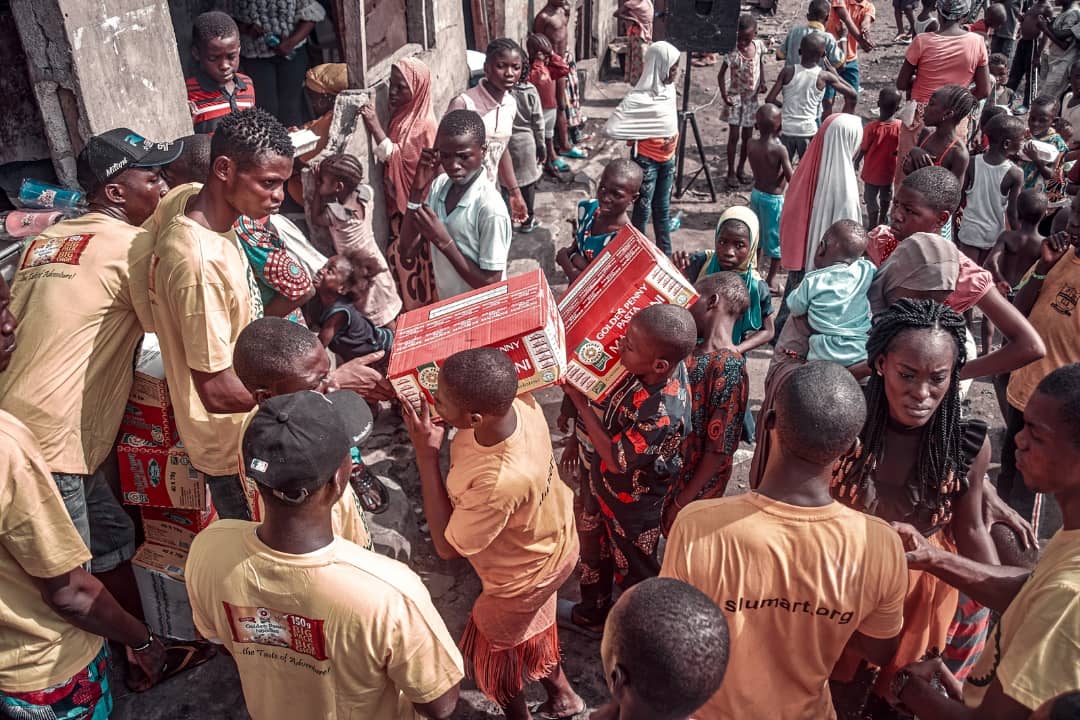 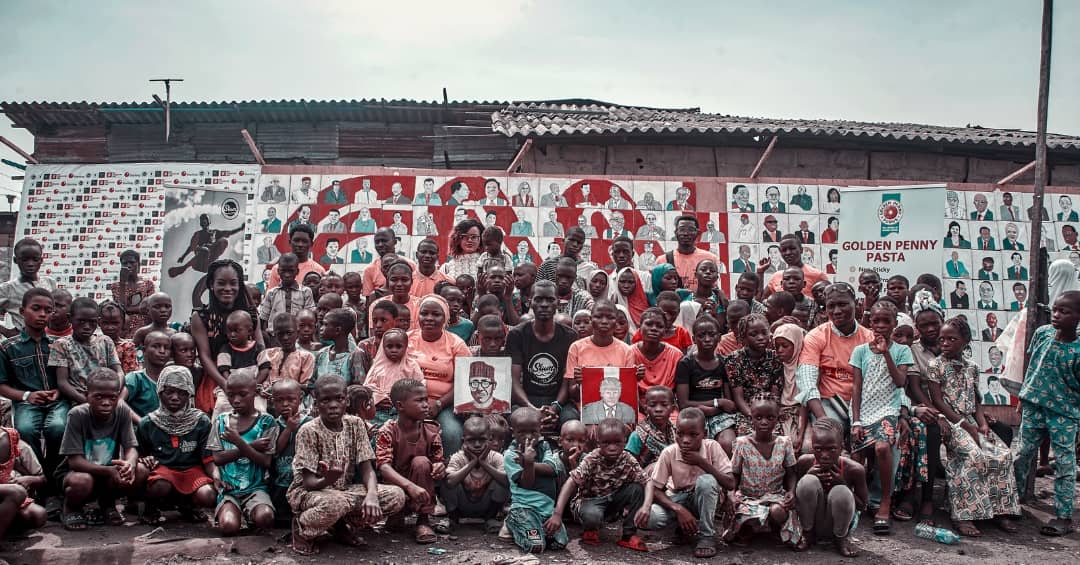 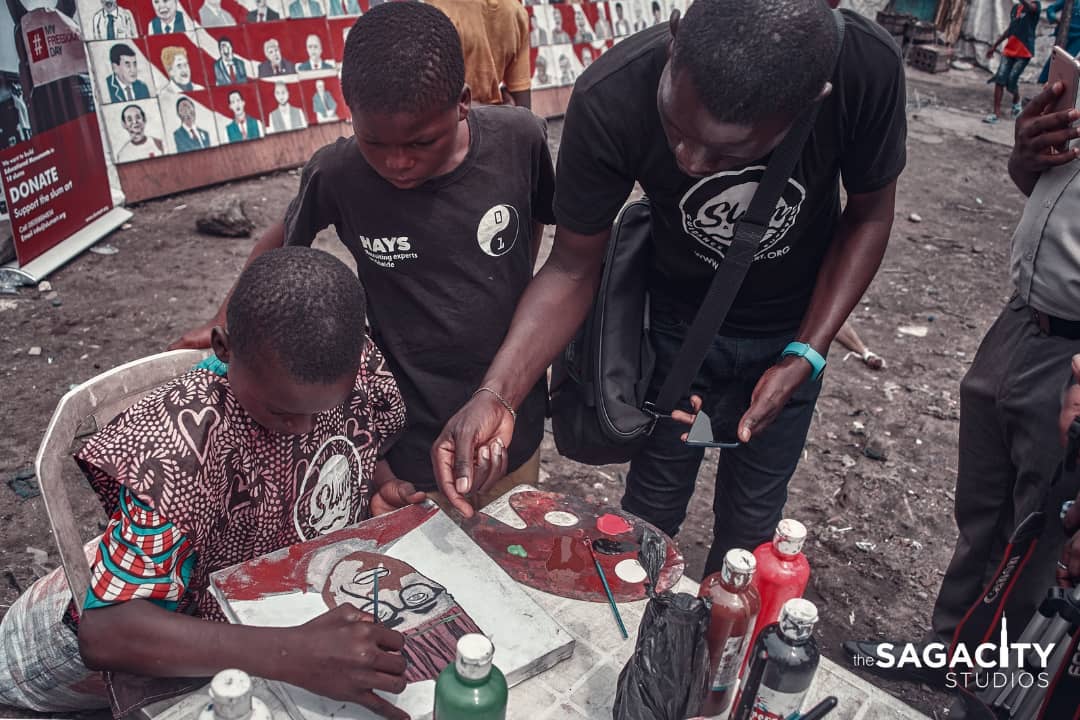 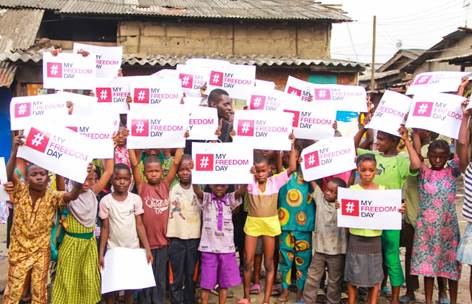 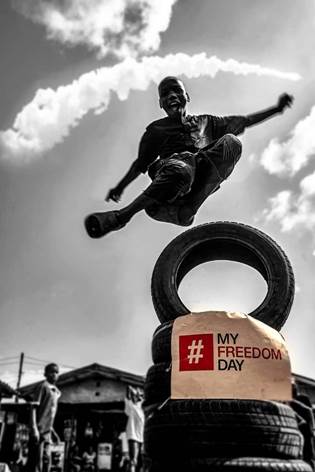